What Technology does Raysync Adopt to Transfer File Cross-border? 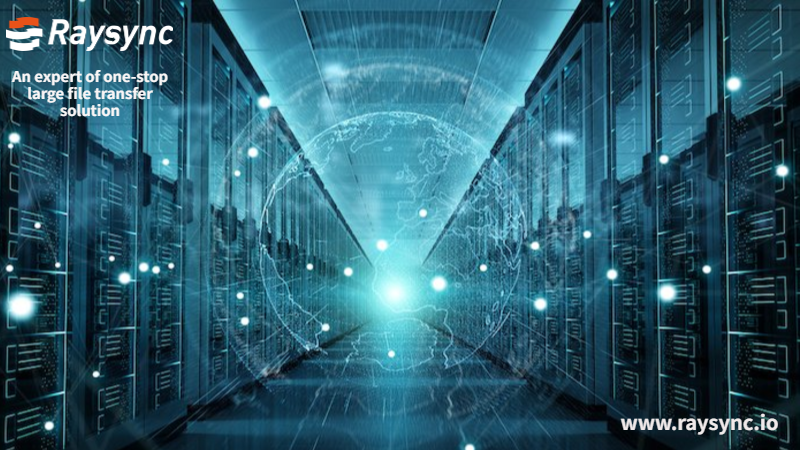 Cross-border large file transfer and transnational transfer have to face the network transfer environment of ultra-long distance and weak network. If you want to transfer files fast, read on to learn how professional file transfer software Raysync transfers.

At present, the mainstream congestion judgment is designed based on the network situation data back to twenty years ago, and its basic assumption is that any packet loss reflects the network congestion. This assumption is completely out of line with the modern network situation. Packet loss in modern networks is often not caused by congestion factors. This disconnection leads to the transfer protocol often entering an overly conservative transfer state.

The congestion detection algorithm of Raysync transfer protocol automatically collects the existing background transfer information (packet loss, latency, and jitter) on the path, and accurately judges the actual congestion situation according to the transfer speed, which is neither too conservative nor too radical, and can effectively make full use of the path bandwidth.

When the situation of packet loss always happens, the ACK is needed to judge the timeout and trigger to retransfer. Packet loss in modern networks is often burst, and it is common for multiple data packets to be lost at the same time on a connection. Therefore, standard TCP often relies on time-out to retransmit holes, which often leads to a waiting state of several seconds or even ten seconds, which makes transfer stagnate or even interrupt for a long time. This is one of the main problems affecting the efficiency of standard TCP.

Raysync transfer protocol abandons TCP protocol's practice of using transfer message sequence as both transfer byte count and reliable transfer confirmation identifier and designs a brand-new ACK data algorithm. According to the ACK information returned by the transfer receiver, the transfer sender can accurately judge the packet loss and retransfer the data at the first time, instead of relying on the cumulative acknowledgment of multiple acks or the ack timeout timer to trigger the data retransfer, which greatly improves the transfer speed and transfer real-time.

Raysync transfer protocol can make full use of large bandwidth network and transmit data at the fastest speed. In the application scenario of mass data distribution, it can help users to complete big data transfer and cross-border file transfer in the least time.