File Transfer Protocol (FTP) is a set of standard protocols used for file transfer over the network, which works at the seventh layer of the OSI model and the fourth layer of the TCP model, i.e., the application layer. This ensures that the connection between the client and the server is reliable and connection-oriented, providing a reliable guarantee of data transmission. 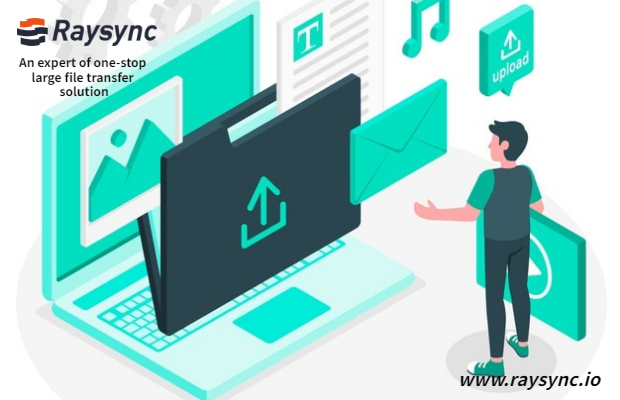 File Transfer Protocol uses the user interface of the Internet's standard file transfer protocol, FTP, to provide users with a set of applications for managing file transfers between computers.

FTP is designed based on the client-server (C/S) model, where two communications channels are established between the client and the FTP server.

This idea of separate transmission of commands and data greatly increases the efficiency of FTP, while other client server applications typically have only one TCP connection.

The task of the FTP is to transfer files from one computer to another, independent of the location of the two computers, the way they are connected, or even whether they use the same operating system.

There are two ways to transfer FTP: ASCII, Binary.

Assuming that the file the user is copying contains simple ASCII text, if the remote machine is not running UNIX, when the file is transferred ftp will usually automatically adjust the contents of the file to facilitate the interpretation of the file into the format in which the text file is stored on the other computer.

Note: It is often the case that the file the user is transferring contains files that are not text files; they may be programs, databases, word processing files, or compressed files. Before copying any non-text files, use the binary command to tell ftp to copy them.

Note: If a binary file is transferred in ASCII, it will still be translated even if it is not needed. This can corrupt the data.

In FTP server, we often set up an account for different departments or a specific user. However, this account has the feature that it can only access its own home directory.

This is also what we usually call anonymous access. This type of user is not assigned an account in the FTP server, but he/she can still access some public resources anonymously.

Part 6: The Development of FTP

FTP is the oldest network tool in the development of the Internet. From 1971, when the first RFC for FTP was proposed by A KBHUSHAN (RFC114) to nearly half a century ago, FTP has been one of the most important and widely used services in the Internet with its unique advantages.

With the continuous development of the Internet, the FTP specification has undergone several revisions to accommodate network standards including TCP/IP.

In 1980, jon postel, a scientist at the Institute of Information Science at the University of Southern California, defined a new version of FTP in RFC 765.

In 1985, RFC 959 redefined FTP, this time introducing new administrative features, including the ability to create and delete file directories.

In 1997, REC 959 was updated to provide new features defined in RFC 2228 to provide security features.

FTPS a multi-transfer protocol, equivalent to an encrypted version of FTP. When sending and receiving files on the FTP server, you face two risks. The first risk is to encrypt the files when uploading files. The second risk is that these files will stay on the FTP server while waiting for the recipient to download them, at which point they need to be secured.

Measure: Choose to create an FTP server that supports SSL, i.e., use an encrypted control and data channel with an SSL layer under the FTP protocol to allow the host to upload these files using an FTPS connection.

TLS is an industry standard designed to protect the privacy of information during network communications, allowing client and server applications to detect security risks including message tampering, message interception, message forgery, and its predecessor, SSL.

TLS and SSL encrypt network connections at the transport layer, but work below the application layer.

SSH is a security protocol based on the application layer. SSH is currently a more reliable protocol that provides security for remote login sessions and other network services, and the use of SSH protocol can effectively prevent the leakage of information during remote management.

SFTP is a secure file transfer protocol that provides a secure encryption method for transferring files. It has almost the same syntax and functions as FTP, but SFTP is part of SSH, a secure way to transfer files to a server.

SFTP also uses encryption to transmit authentication information and the transmitted data, so it is very secure to use SFTP. However, because this transfer method uses encryption/decryption technology, the transfer efficiency is much lower than normal FTP. If you require higher network security, you can use SFTP instead of FTP.

HTTP (Hypertext Transfer Protocol) is the basis for data communication. It defines the message format for communication between a Web browser and a Web server, and how the Web browser should respond to Web requests. HTTP uses TCP (Transmission Control Protocol) as the underlying transport and is a stateless protocol. This means that each command is executed independently and the receiver does not retain session information.

Https (Hypertext Transfer Protocol Secure) is a secure version of HTTP in which communication is encrypted via TLS or SSL.